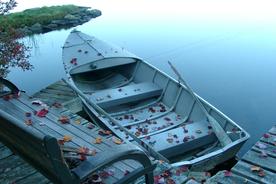 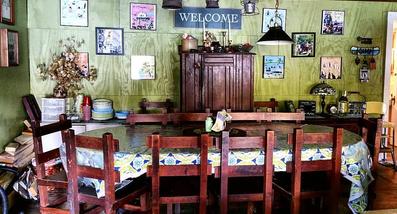 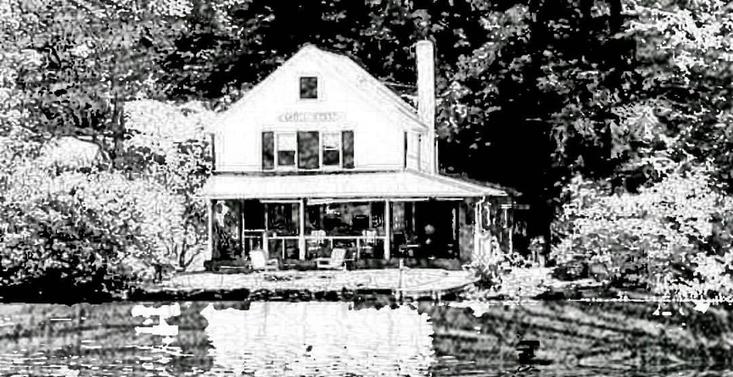 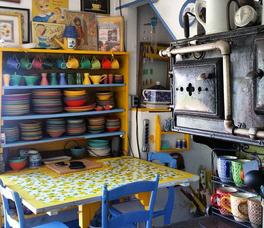 ​
Welcome to the Laurel Rest Cottage which is located on beautiful Shandelee Lake in Sullivan County, NY.  (aka "Camp").  Your host and proprietors of the cottage and this website are Craig and Marylynn Hunt. Our cottage was built in the early 1900's and has been in our family since the early 1920's.  The original house was a basic wood frame structure with four bedrooms upstairs and a common living and dining area downstairs.  Years later, a kitchen addition was added on and then eventually a bathroom/utility room addition which includes a shower stall.  Thankfully, the days of outhousing were over before we earned our time at "camp"!   The cottage has an extremely homey  and comfortable atmosphere that causes even first-time visitors to fall in love with it.  There is a sense of quiet and peacefulness at the cottage and in the area surrounding the lake that compels one to stop every now and then to acknowledge a quiet thank-you and draw a long cleansing breathe of fresh air.

Some of the many charming attributes of Laurel Rest cottage are the handmade pieces of furniture by Kenneth Benjamin - maternal grandfather of Craig Hunt.  The dining area boasts an immense claw-foot table, which is always extended to seat twelve people comfortably.  The chairs were all handmade by Kenneth Benjamin and are quite unique (but not the most comfortable)!! Various other cabinets and porch tables were also crafted by Kenneth, but my favorite piece is the kitchen table, which is a unique two-legged table that is hinged to a homemade cupboard , allowing it to be folded up and fastened shut .Inside the cupboard is a collection of *harlequin* (http://www.dishesdelmar.com/harlequin.php) dishes that have been added to over the years, with the help of antique stores and Ebay (of course!)   We love to use them for big family dinners and entertaining guests.  They are so colorful and add such a flair to the table!  The kitchen hosts a 1917 Bengal Stove which is still in use.  Originally it was a gas and woodburning stove, but we dismantled the woodburning side for safety reasons.  The first person awake starts off the morning by putting on a huge pot of coffee to perk on the stove.  The aroma snaking its way up the stairs is sure to get every guest in the house tossing aside their bedcovers and heading to the kitchen for that first delicious cup! And nothing tastes as good as "camp potatoes" with our special seasonings cooked in the Bengal (that has no temperature control) or a heavenly Krusteaz Crumbcake (which cooks in half the time stated on the box!)   Nothing is as mouthwatering as the smell of bacon frying in the morning for the now infamous "Big Breakfast" that the family has come to know ...and to expect!  Throw in the Krusteaz aroma and it's enough to throw you over the edge just waiting for it all to hit that table.  But just when you think you can't hold out any longer and you've got utensils lined up and are ready to go for it ....the welcome bellow of  "BREAKFAST IS READY" resounds through the house. One learns quickly to get in line fast or the bacon will be snatched up and you'll be left only with the lingering smell.  In the past couple of years we have come to know the kitchen as "The Middle Sister Cafe".  It even sports a handpainted sign on an old cast iron skillet outside the kitchen door proclaiming that!        Be advised that if you have the opportunity to visit us and are offered an invite to dinner you would be wise to accept, as Chef Katarina and Sous Chef MariaBella are sure to please even the most particular palate!   Just be prepared to wear your "big pants" so you can rock comfortably on the porch after the meal, as portions are fairly sizable, with nary a thought of calories or fat intake involved in the preparation!

The living room section is large enough to accommodate a total of four sofas, so there is more than enough room to enjoy a good movie together, a chat with the cozy ambience of a crackling fire in the fireplace or some good music playing in the background.  And as for that large dining table, it can also turn into a poker table full of diehard players in the blink of an eye!  There have also been many hilarious nights filled with Pictionary (where everyone claims to be an artist!) or Balderdash tournaments, which by the way, when combined with cocktails are super hilarious and even funnier in the morning when the answers written the evening before are read again!  We often find ourselves sticking to our made-up definitions (which we strongly believe more accurately define a word) than its true definition!

Obviously, everybody's favorite section of the house is the wraparound porch which extends from the kitchen entrance to the lakefront entrance.   The porch is only about 20 feet from the lake, so the sound of the water and the rocking of the boats is very soothing and relaxing.   The shady side facing the woods is the best area for grabbing the wicker couch for yourself with your favorite book....ahhh....total relaxation!  The front porch is home to six rocking chairs, and if that's not enough room for an impending crowd, well then we pull out the lawn chairs, chaise lounges and (my personal favorite) a sand chair or two to throw on the end of a dock to catch the breeze.  n  Recently, we have made another comfortable nook in the shade beneath the rhodedendrons by the lake with two chairs in which to relax and seek respite from the sun.   If one feels the need to be alone and regenerate, I often find a leisurely trip in one of the boats is the perfect answer.    My favorite skiff would be the "johnny boat" - nice and light - easy for one person.  Basically we have a  fleet of boats that include two rowboats, a canoe, a paddle board and a kayak.

Let's talk about the neighbors...well actually lack of.  This location is about as remote as you can get in this day and age.  There are only a total of eight cottages (including ours) that are on the lakefront.  The few others are either set back or lake-rights only.  The majority of the property, encompassing about 200 acres, is owned by the Parliament of World Peace.  http://www.globalcountry.org/

Shandelee Lake was previously the site of the old Waldemere Hotel, which was a booming vacation spot in the 50's  and 60's.  Craig has many fond memories of listening to the Cha-Cha on the lawns and of hotel guests rowing across the lake to converse with his family.  His parents also often went to the evening shows at the Waldemere.  The Hotel also had a wonderful lakeside golf course that Craig caddied at as a teenager, and a beautiful stone-and-slate floored Clubhouse at the crest of the hillside that sports the most amazing view to this day.  Sadly, all of these buildings are slated for demolition by the current owners (PoWP), although most of them are in quite a state of disrepair and should be demolished regardless.  The  old Waldemere icehouse building across the lake has been the subject of many fine photo shoots - especially when the lake is like glass and at the peak of autumn.  Luckily, we have collected lots of Waldemere memorabilia over the years to pore over and amuse our guests with.    There are also a tremendous amount of dumps from days gone by in the area surrounding the lake  that are a great deal of  fun to stumble upon and put together a "dig" (see the link above for camp activities).  My husband has been searching for over 10 years for a dig he remembers seeing as a youngster with old cars and tractors deep in the woods...you have to do a trek like that early in the season before all the foilage and ground covering takes over, so maybe we'll have better luck next year!